I was in a psychiatric hospital a couple of years ago. One day I was sitting in the atrium, with a friend, when this guy, let’s call him Bob, walked in with two orderlies. Bob was limping … he hasn’t done that before, I thought. He’d been a fellow patient of mine and some kind of a nut – I didn’t like him. He interrupted everyone – I didn’t like that. He’d been kicked out a few days earlier. He had boozed some ouzo and a couple of beers over the weekend to „calm down“, as he had said. He didn’t get away with that, though. So in addition to interrupting people, he has also interrupted his therapy, I thought.
We had already bid farewell after that and now he was back. But why? This was so awkward … I couldn’t even keep talking to my friend. I was paralysed – calm on the outside, but thinking all the time. Why was he back? Suddenly, I saw him waving – heaving-handedly.
„Hey“, he said.
„Hi“, I muttered, looking around, not really sure if he was talking to me. Why was he back?, I thought.
„I’m back … ward 4 … Say hello to Elaine“, he said. I couldn’t reply – still only wondered why he was back. Ward 4, ward 4, I thought – acute care unit, definitely, maybe even closed, I thought. Hospitalisation, I thought.
„You good?“, he asked – which … felt weird, given the context.
„Well, yeah, you?“, I uttered. He didn’t reply … and I got somewhat nervous as the seconds passed. Why was he back?

Then he raised his arm … all calm … and pulled the edge of his hand passed his throat, as if he was cutting his head off with his hand. Silence. That’s why he’s back, I thought.
„Didn’t work“, he said, all calm still.
I stared at him for what felt like minutes … frozen … gathering my thoughts.
„Nice … that … it … didn’t work“, I stuttered, now very worried about where this was going.
„Don’t think so“, he dropped and turned away, interrupting our conversation, as I should have expected.
Bob tried to interrupt his life, but unlike with conversations, he failed, I think now. And actually … I later found out that Bob’s suicide attempt had really been bound to fail. He went to park his car in some random park, connected the exhaust to the cabin, got really drunk, popped some pills, and started the engine. Bob was found, obviously. And now that I think about it – he must have wanted to … interrupt his own suicide … making him the ultimate interrupter.
Well, come to think about it … good for him. 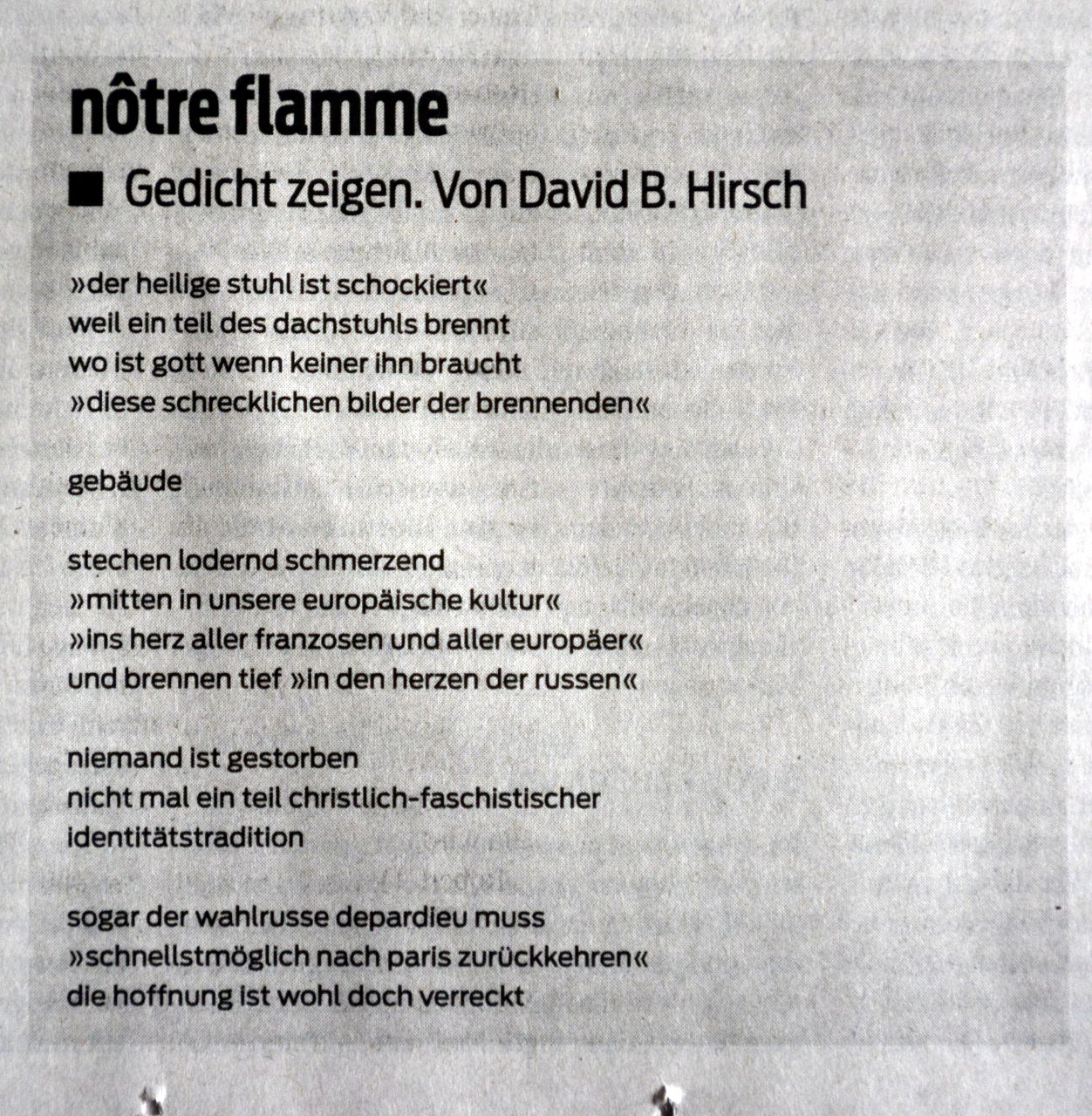